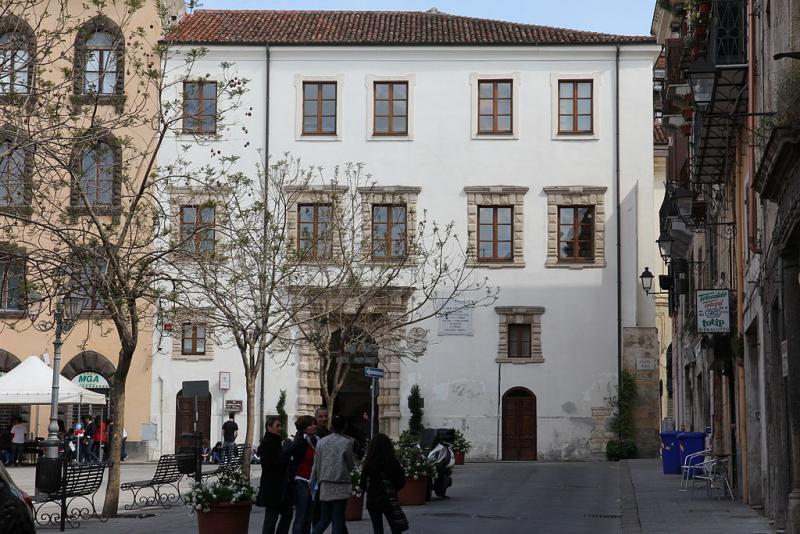 The urban residential palace of the early modern period, as architectural typology, offers rich material for the study of urbanism and architecture across the Atlantic. Traditionally, the concept of the Renaissance palace evokes images of the Florentine palazzi, such as those of the Medici, Rucellai, Strozzi, and others. However, the urban palace is an architectural phenomenon found as much in Puebla, Cáceres, or Sassari as it is in in Florence, Rome, or Madrid.

In general terms, the urban residential palace signals the importance that towns acquired as centers of regional and trans-continental imperial power, where the aristocratic classes devoted themselves to building magnificent residences for themselves and their families, sponsoring, along the way, sophisticated building programs that included churches, male and female cloisters, hospitals, and many more. In effect, the notion of magnificence, Aristotelian in origin and present in Renaissance works that promoted civil—and therefore urban—decorum, such as Leonardo Bruni’s Laudatio florentinae urbis (c.1403), posited that the magnificence of a city such as Florence resided in its works of architecture, whether civic, religious, and/or private. In the Hispanic world, similar notions existed since at least the medieval period, as Richard Kagan has documented. Specifically, the concept of policía, a direct descendant of the Greek term polis and related to the notions of urbs and civitas, i.e., the idea of a commonwealth and its urban fabric, was deeply rooted in the Iberian Peninsula and was effectively transferred to the New World.

At the turn of the thirteenth century, Sardinia became a fief to the king of Aragon, Jaume II, and during the latter sixteenth century, an emergent class of bureaucrats and ecclesiastics began to occupy key posts in the island, a move promoted by Philip II in an effort to secure social stability. Such was the case of don Jayme Manca, Fourth Lord of Usini, a Sassari grain merchant and politician, who served as Sardinian sindico or magistrate in the court of Madrid in 1577, the same year he decided to remodel his late Gothic-styled residence, the palace now known as Palazzo Manca di Usini, sited in Piazza Tola, in Sassari.

The palazzo was the first example of Classical architecture in Sassari and the whole of Sardinia, a product of its owner’s rise in fortune and social rank, along with an economic boom occurring in the late sixteenth century. The palace, originally built sometime in the late fifteenth century by Manca’s ancestors, today has three stories, the third one having been added in the eighteenth century. However, at its core, the palace constitutes a veritable Mannerist treasure, whose façade is remarkable for its portal and ornamented windows. The linteled portal, sober and severe in its rustication, contains a dedicatory inscription in its architrave that reads Illustris don Jacobus Manca dominus oppidi de Usini (Illustrious don Jayme Manca, lord of the town of Usini). The façade, an asymmetrical composition, is complemented by a series of windows, two at the entry level flanking the main gateway, and five in the second story. All windows, of similar shape but differing dimensions, are characterized by their ashlar frames lined with diamond points. Flanking the main portal are two coats of arms of the House of Manca. Past the entryway, there is a vaulted hallway where half arches open up to the distribution of the rest of the palace. All arches in the entrance hallway are similar in ornamentation, with each voussoir of each arch having a sculpted shallow coffer or rectangular diamond shape along its perimeter and along the intrados.

The linteled rustication of the main portal is—as Porcu Gaias rightly pointed out— reminiscent of the engravings in Serlio’s Libro estraordinario (Lyon, 1551), perhaps the Genoese architect’s most perplexing book among his entire eight-book treatise. The furore that Serlio was said to be possessed by when composing the design of the fifty gates in his Libro, is certainly present in the odd, double architrave of the Manca di Usini portal. Also of note is the diamond points that line the lintel and arch of the gate. As Porcu Gaias proposes, the diamond points were a particularly Spanish architectural resource, and could have been introduced to Sardinia by the military architects under the service of Philip II, present at the time in Sardinia and working on the fortifications of Cagliari and Alghero. Porcu Gaias credits them for the remodeling of the palazzo. Thus, the Palazzo Manca di Usini provides an interesting case study for researching the introduction and reception of Classical architecture in Spanish Italy, as well as the rise of the city as locus of cultural development and cross-Atlantic connections in the early modern world, by analyzing and comparing the characteristics of urban architectural residences across the whole Hispanic world of the period.